I never know what to do with my left over terry cloth pieces when I make reusable paper towels.  I always end up with what looks like a heap of mascaraed hand towels and lint everywhere.  So I added washable sponges to my Etsy shop.  Check the Etsy Mini shop to the right.  Or click here. 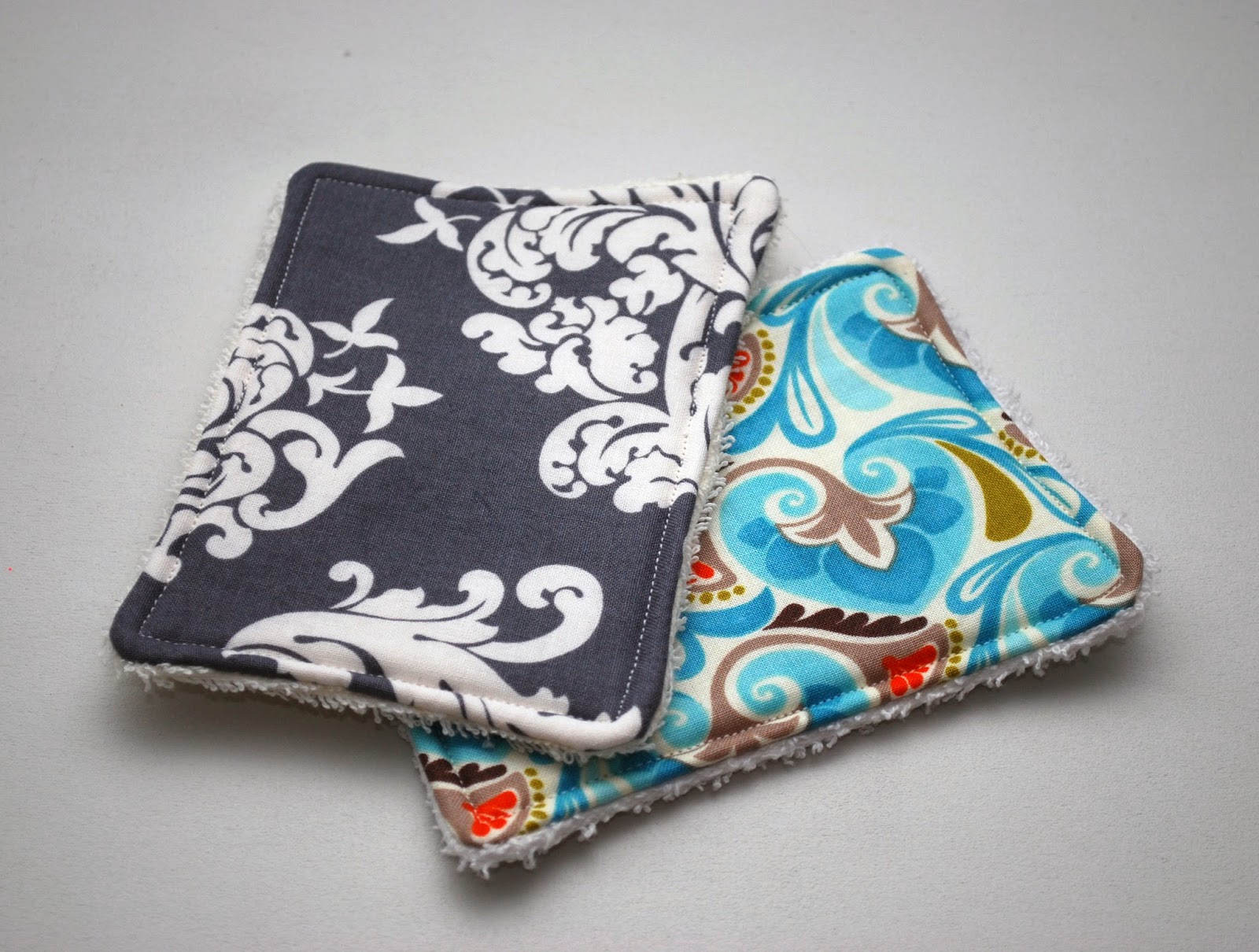 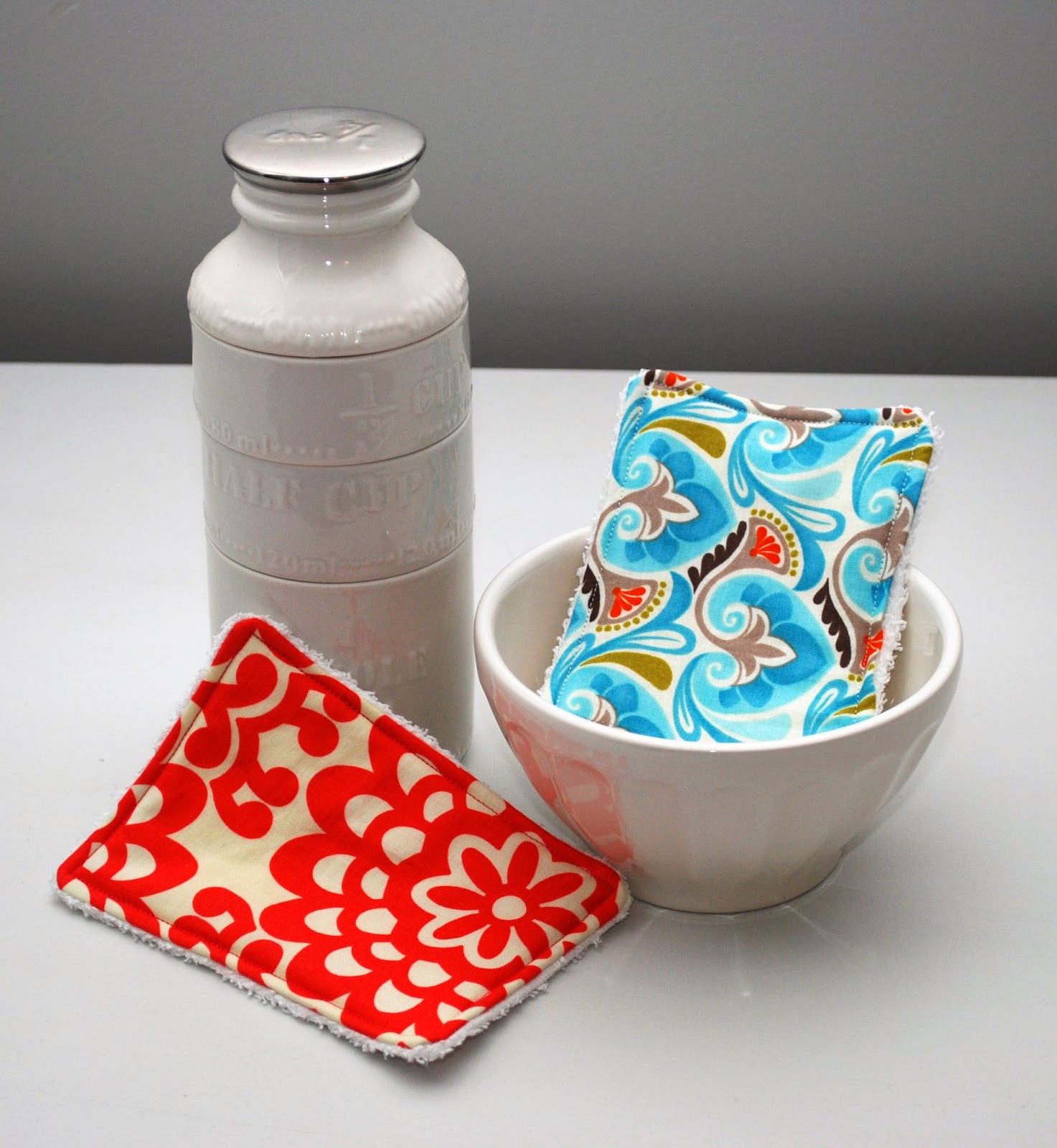 I have been getting emails and questions about the props in some of my Etsy photos.  So here is a quick run down of what I got and where I got it from.  The treasure hunt exposed!

The bowl:  Its a heavy and gorgeous iron stone bowl.  I found it on Etsy and when it isn’t being used as a prop I like to fill it with lemons and set it on the kitchen counter.  $28

The tray:  I picked this little silver plated tray up at a charity shop.  It was originally for my mermaid tea party but has found its place next to my bed collecting bits and baubles. I think I paid less than $2 for it.

The pearls:  These came from a consignment shop where I had store credit so they were a win win.  Again for the mermaid party but I have since enjoyed wearing them, and occasionally restringing them. $7 but free on store credit.

The knobs – I won  these in an auction on ebay.  I think with shipping all three were less than $17.  Since we have repainted the bedroom a lovely grey they complement it very well, and thus get scattered about in there.

The bird:  I love birdy things.  I got this at one of those home decorating warehouse places.  I don’t recall where but I’m sure I didn’t pay more that $3 for it. 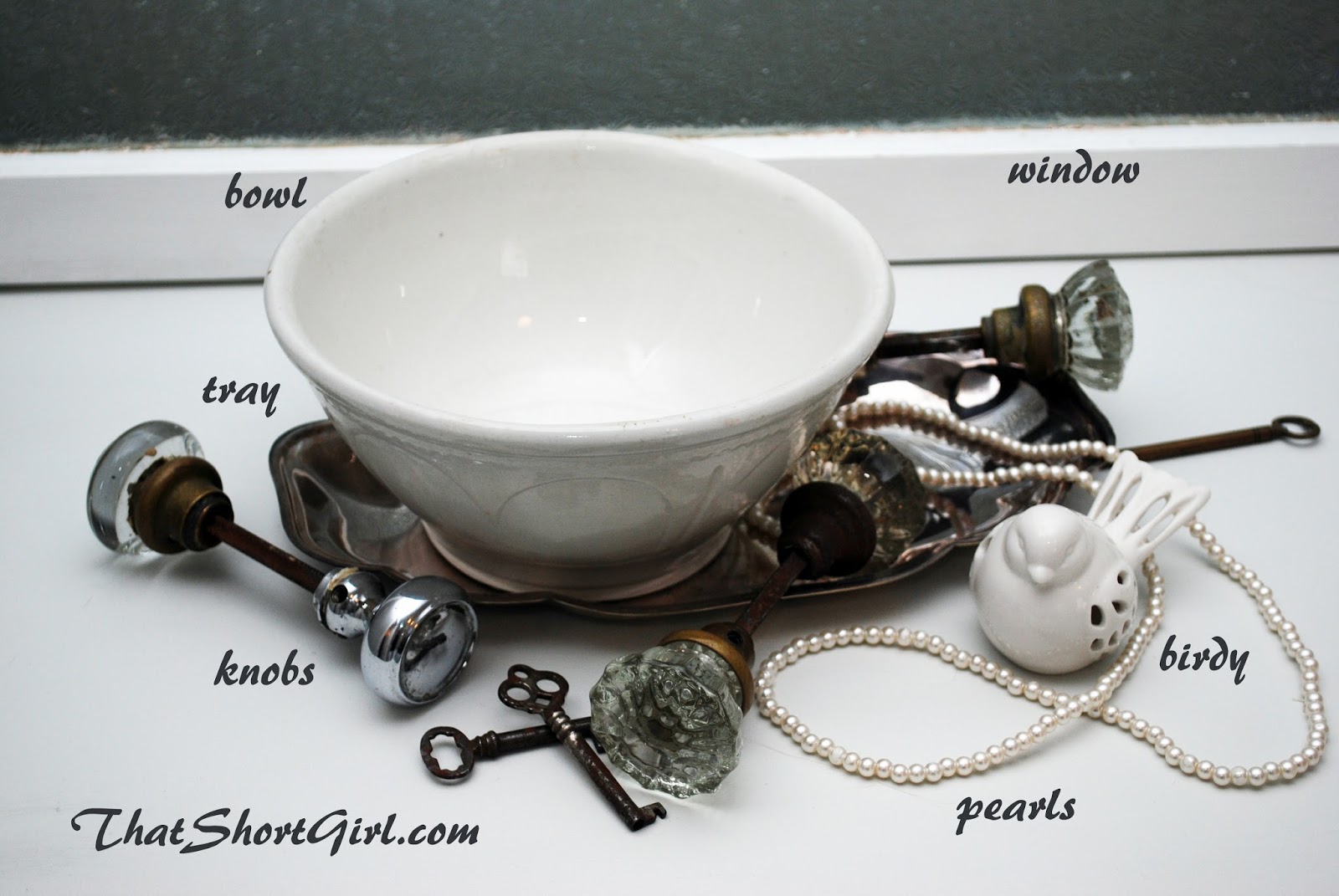 The old window:  Such a cool story there.  My husband and I spent an afternoon poking around town together, a rarity I assure you.  We found it in a consignment shop with circa 1949 written on it. It was painted off white and peach, with paint on the krinkeld glass.  I wondered how they could be so specific about the date.  Turns out the house that it came from was destroyed when hurricane Sandy swept across Long Island, and the house was built in 1949.  We took it home and painstakingly removed paint from the glass detail, stripped the frame and repainted it.  Now it hangs in our bedroom, all sparkly when the sun shines on it. $32 and lots of time.

The keys:  I found these at my mother in laws when my sister and law and I were helping her clean out an old bedroom.  There were four together but one of them belonged to a piece of furniture they still had.  Now I have the three orphaned ones in photographs.  Free. 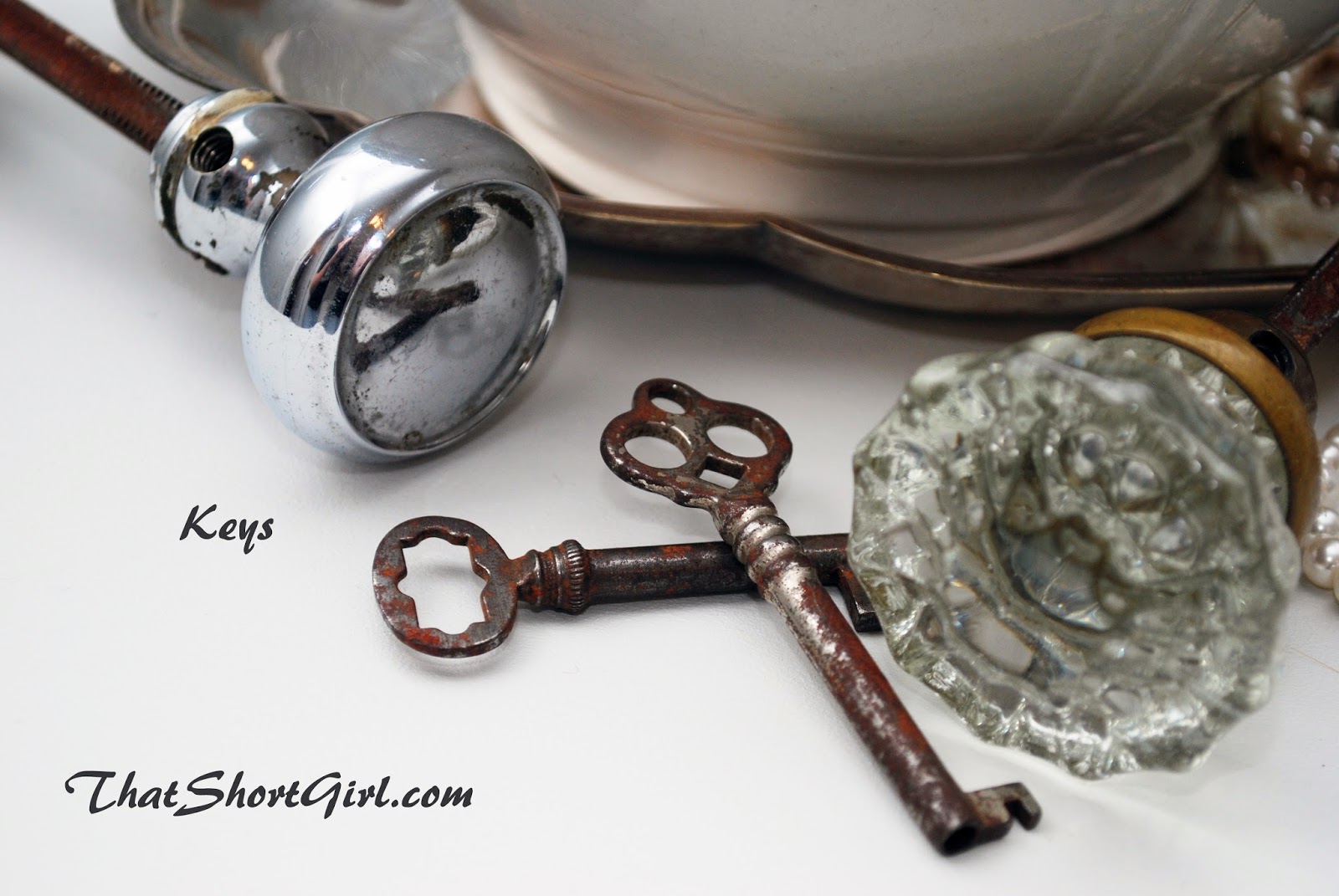 So there it is the treasure hunt of props.  Many of them were from the mermaid tea party, some are just random things from around the house, some just straight up cheap junk!

Well, we made it through a huge ( for the south ) ice storm last week.  I don’t know what the final count was but we had about an inch of ice on everything in the backyard. We were very blessed that our power was only out for about 2 minutes when parts of the county went days without electricity.  A large tree limb came down in the backyard and missed damaging everything except for a hole in the deck stairs and knocking down a bird feeder.  So today, four days later, the sun is shining, the birds are rebuilding their nests in the front yard and I’m still cleaning up.  How exciting. 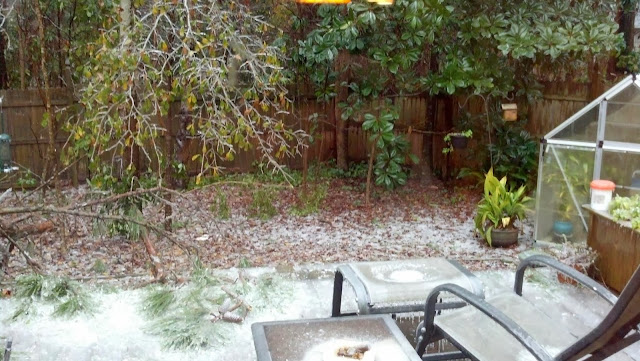 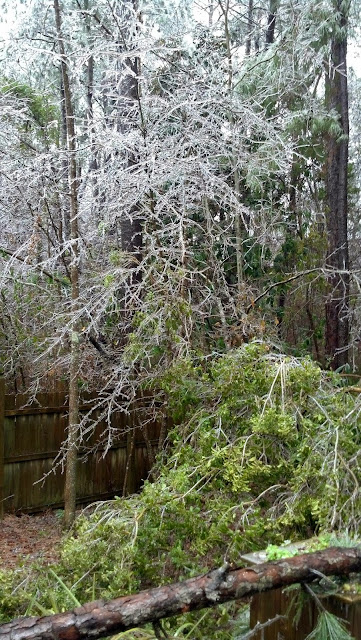 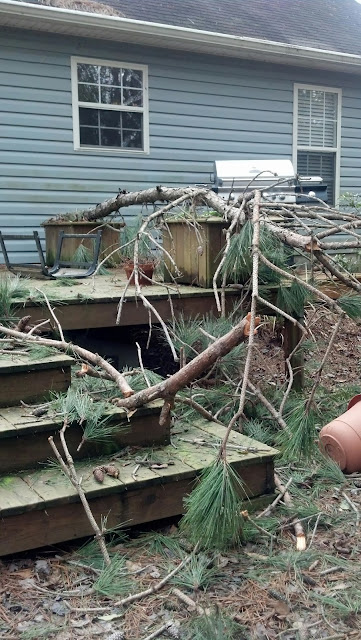 You may recall quite some time ago I found this sugar and cream set while out pillaging (bargain hunting) the country side (Market Street) with my mum (Mom).  I blogged about it, I was infatuated with the color, the vintage-ness, and the just stunning saturation of the color but completely lost as to who had made them.  Finally found it! 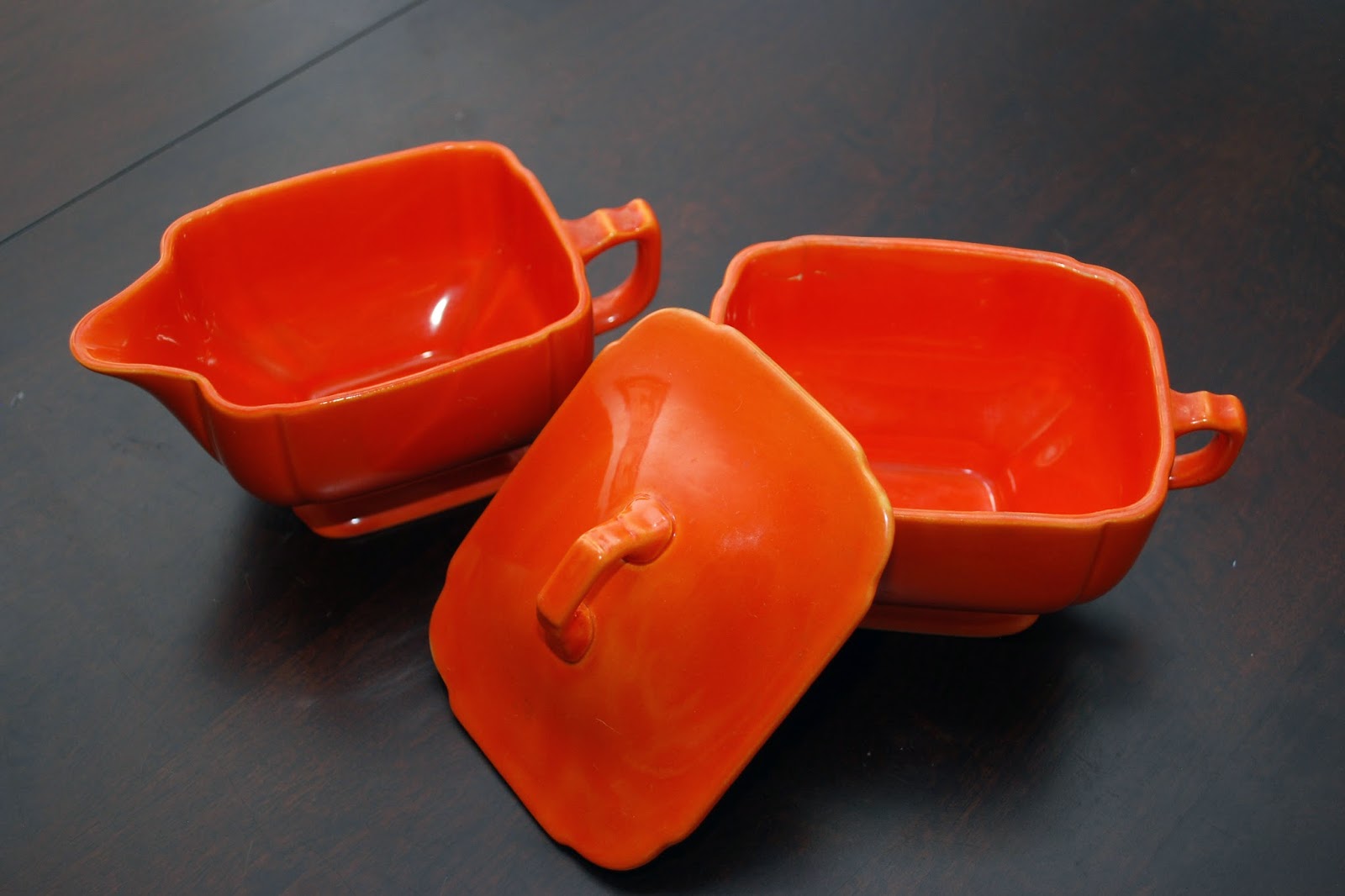 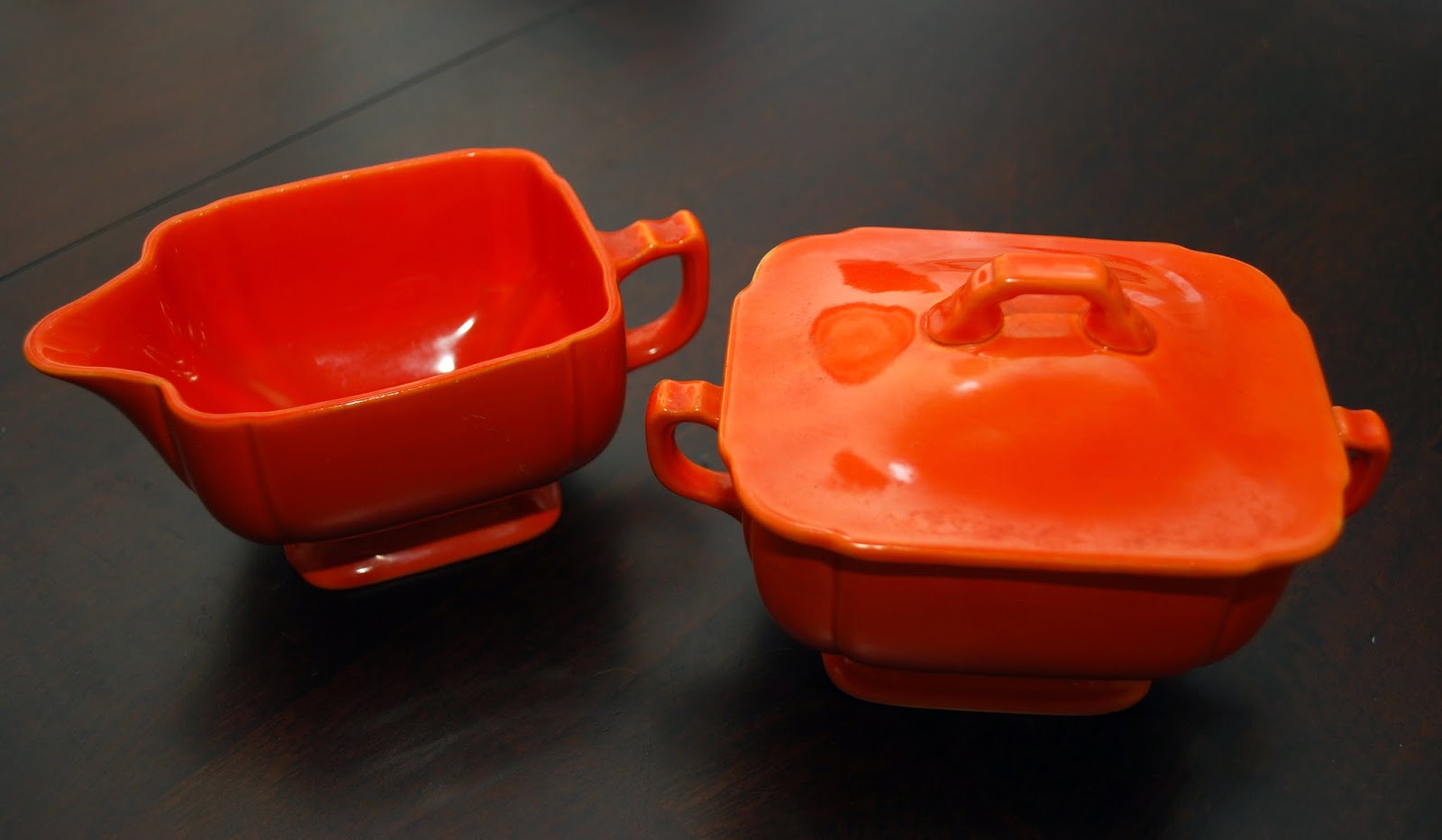 My sister in law has introduced me to culinary lavender.  She gave me some from a lavender field in Delaware near where she lives.  I have put it on ice cream, added it to chicken dishes, made scones but I think my favorite is adding it to this apple danish.   Typically I will measure most ingredients in a recipe but not always.  I will zest one lemon and it is what it is, I don’t bother measuring out a tablespoon.  Sometimes I peel the apples, sometimes I don’t.  As for the lavender I just sprinkle a little on top before I close up the pastry.  The addition is very subtle but it enhances the overall flavor without over powering the harmony between the apples and lemon.  Using lavender is honestly worth a try. 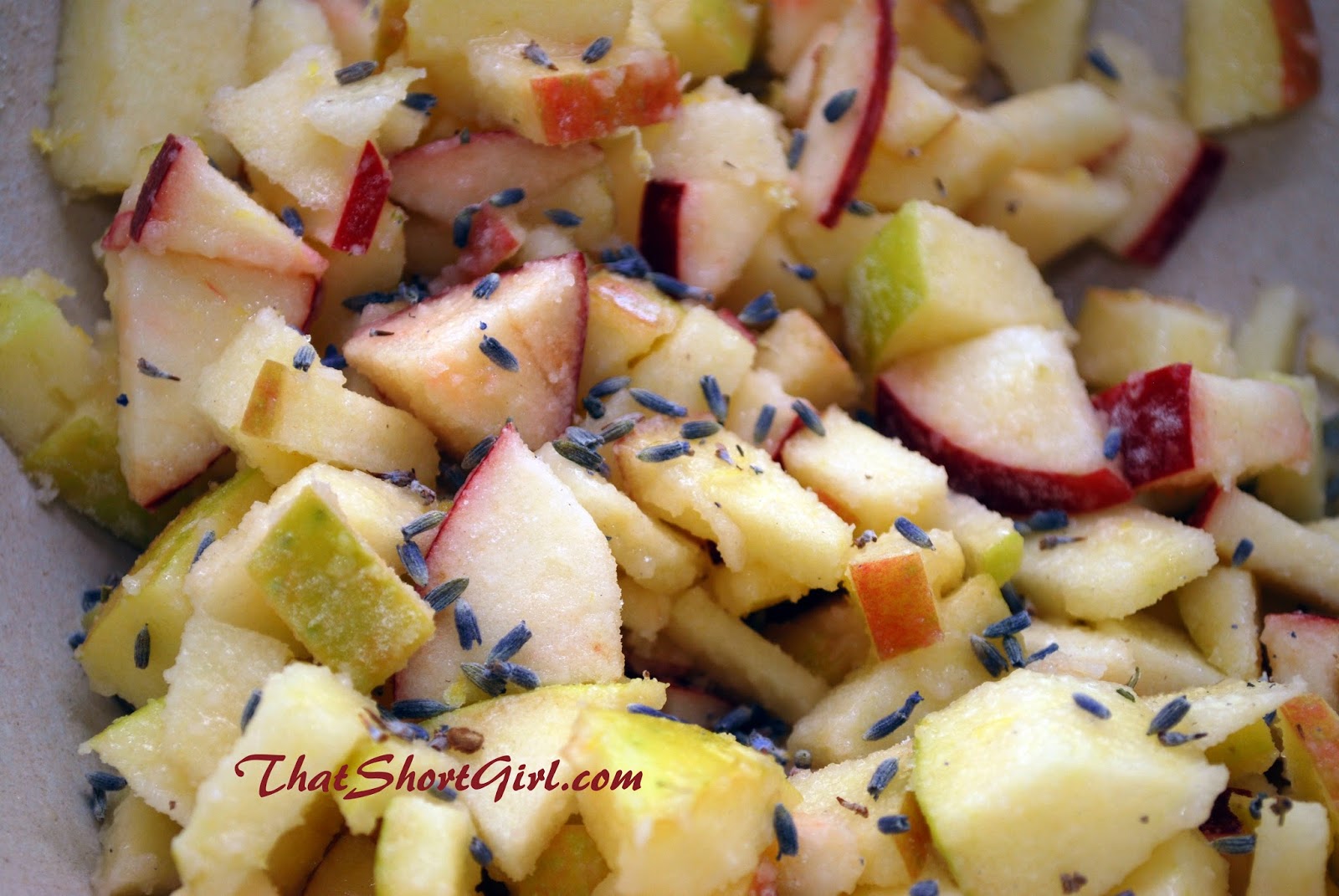 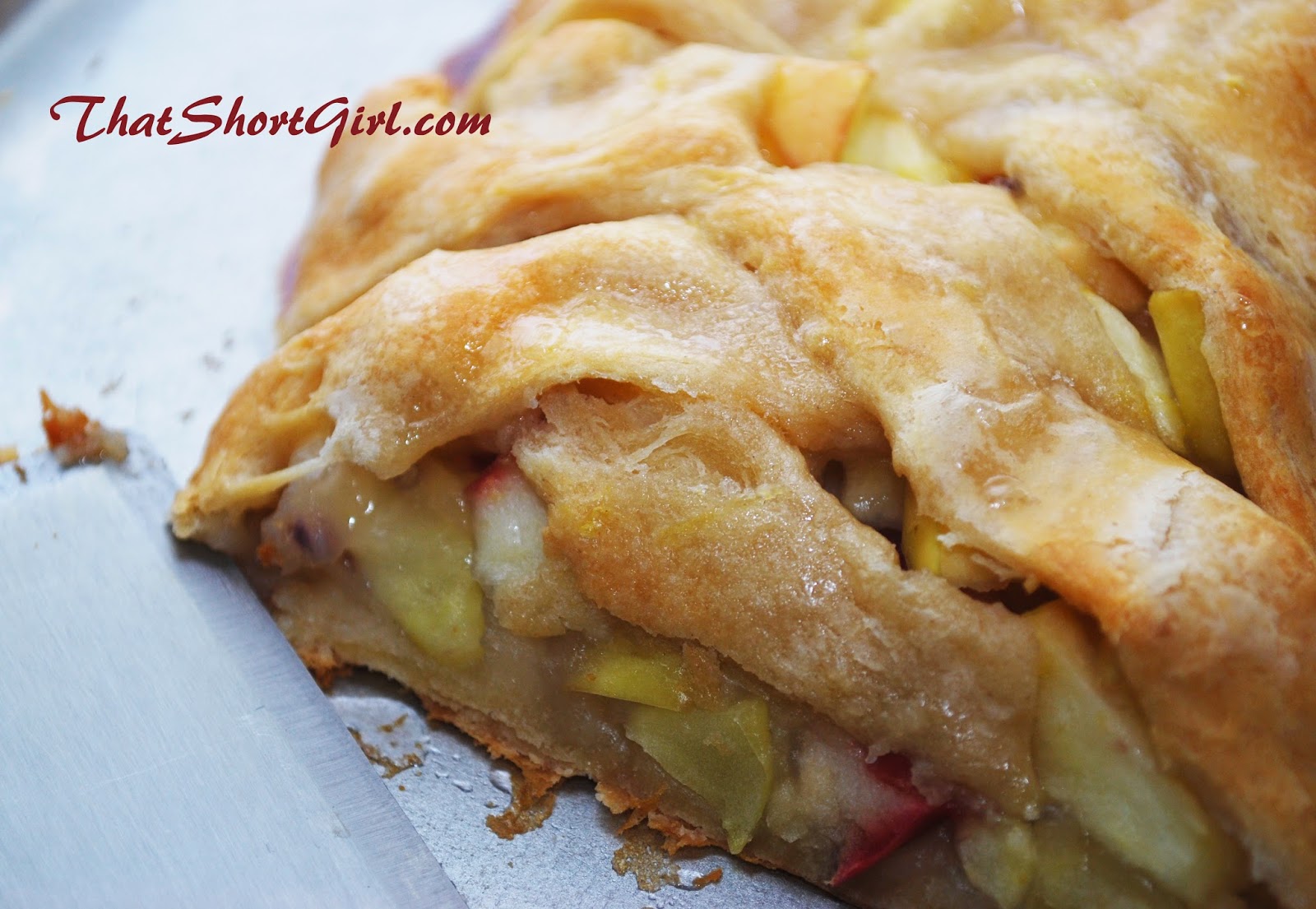 Well I have taken a break for a few weeks, and enjoyed my radio silent time.  So I thought I would make it last one more week.  So think of this post as a clip show.

Reusable paper towel tutorial.
Why I love it?  I think this post carved me out a tiny tiny little place on the internet.  I posted a link on pinterest in in 45 minutes it had been repinned 120 times.

Compost tumbler, a honey do tutorial.
Why I love it?  Its great and I didnt have to write it!

Meat Stuffed Shells
Why I love it?  Its yummy, enough said.

Unravel my travel – Pittsburgh and vicinity Part 1 Part 2
Why I love it?  Every August I visit my family here and it is always one adventure after another.  This blog post represents several of my favorite highlights.

Mercury Glass Tutorial – with glitter
Why I love it?  I had so much fun doing this particular installment.  I was getting ready for my mermaid tea party and chronicling the journey.  I had three cans of spray paint, a bunch of random glassware, and utterly no idea what I was doing!  How enjoyable!

Wow I cant believe it, 200 blog posts and two years of awesome fun.  When I set up my blog I never put anything into my profile, or bio.  I just thought the title said it, I’m short; enough said. I decided a great way to celebrate 200 would be to write a little bio about myself.

What I like to do:  Sew, eat, pet the dogs, cook, hang out with my husband, play in the garden, read, blog, get all artsy farts on something and of course spend time with the family.

So where do I got from there that about sums it up, right?   So now I’m thinking how about a “try it”  bucket list.  What kinds of stuff do I want to try and blog about over the next 100 posts. I truly hope to mark them off as I go!

-Redecorate the bedroom to something that doesn’t have that, contractor poorly picked out the colors charm.
-try dying fabric, perhaps silk or linen
-have someone over for tapas
-take an online cooking class
-return to Disney
-return to the Phipps
-get a degree in astrophysics
-become a Dr Who fan, it looks like fun
-finish a quilt for me
-get better at baking cakes
-reach 300 blogs
-learn to use the grill smoker
-trellis a rose, and hopefully not kill it
-make something out of old keys, or new keys that look like old keys
-run a 5K
-start writing a cookbook with my mom.
-crochet something cool

Doesn’t seem like much to do in 100 blogs, but I’m sure I will get side tracked somewhere along the line, kinda like how this started out as a bio.

Mom was down a few weeks ago and we love to take a day strolling through consignments shops, junk stores, and antique shops.  Both suckers for funky finds, we are always taking each other into something!!!  I found this little cream and sugar set at one of our favorite places.  I said “It doesn’t match anything I have, perfect!”

There are no markings on either of these, does anyone know what they are. I’m in love. 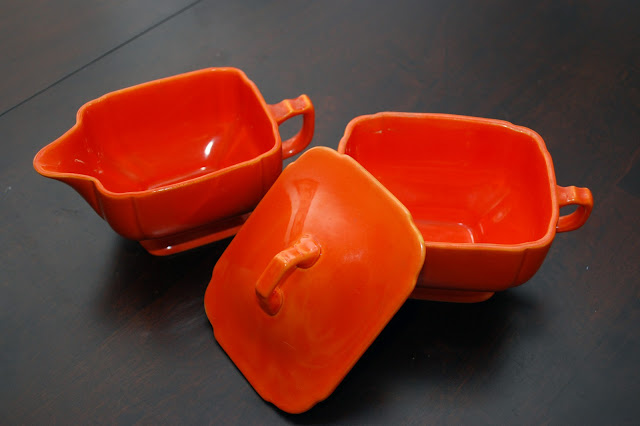 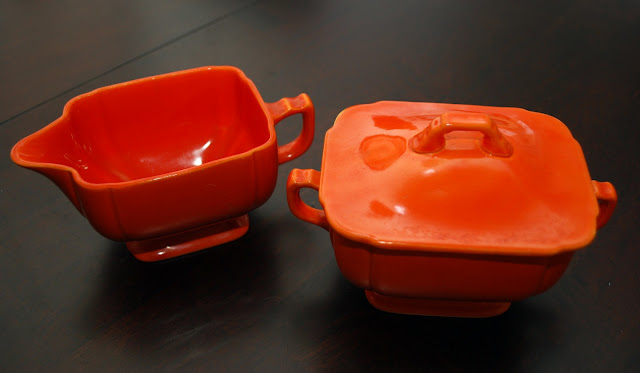 I enjoy a good planning session! A few months back i was looking for a way to organize my thoughts and create a collective feel for the mermaid tea party.  To pinterest of course. They had just started the secret board feature, shhhh.   This proved to be a perfect tool.  However, today I made it public HERE.  Check out my thought process,I wonder how many ideas will make it to the party. 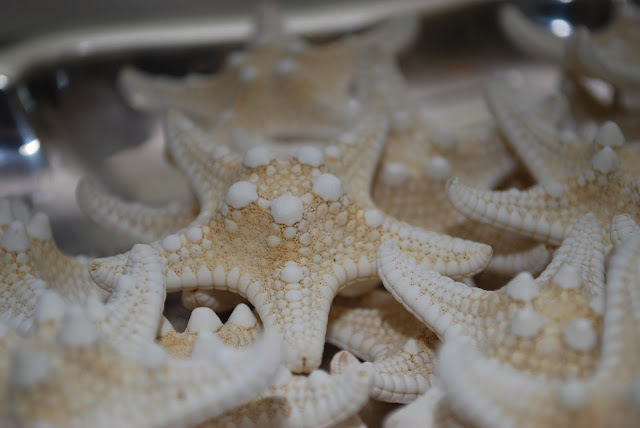