Came back to read more about my truck?  Aren’t you sweet.

The driver door, tail gate and hood are from different black trucks.  I say he is all original…. originally from other trucks. I named him Patches. When he rolled off the assembly line he was two tone green, then painted a minty green and some of the cab is white from that repaint, some is still pine green, oh and the black drivers door.  Yea like I said – Patches.

So why am I writing about him now seeing as we welcomed him to the family back in August?  He is having a very long sleepover at the mechanics, the brake overhaul was just to much for us on our own, and I miss him.

It’s much more than just a truck, it’s a family project and a conversation starter everywhere Patches goes. 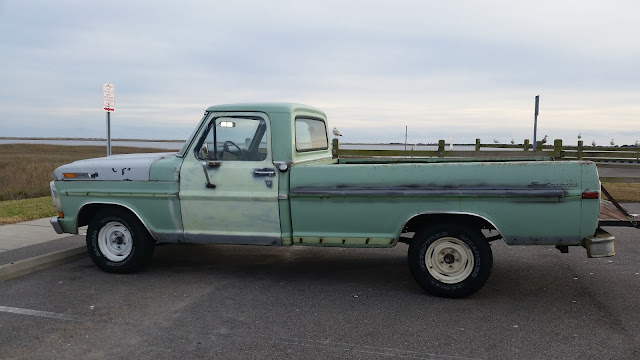 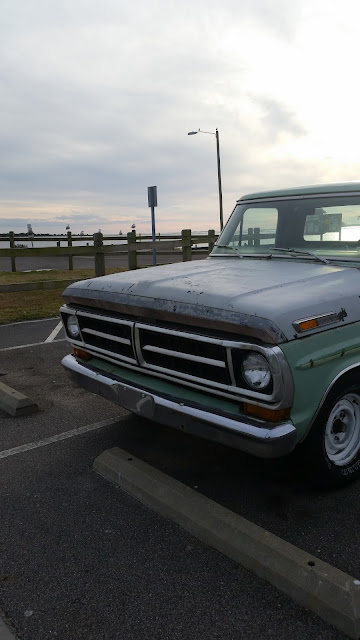 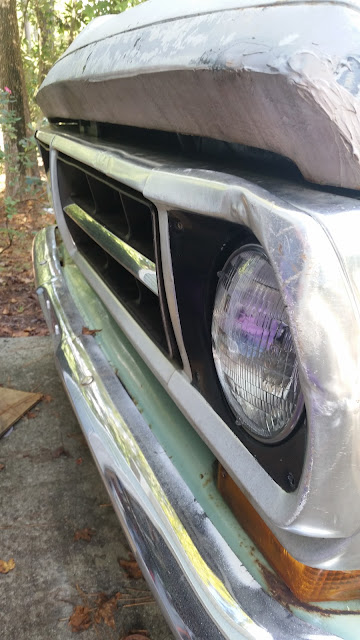 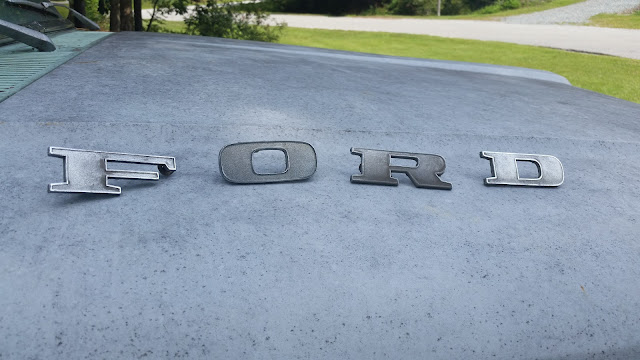 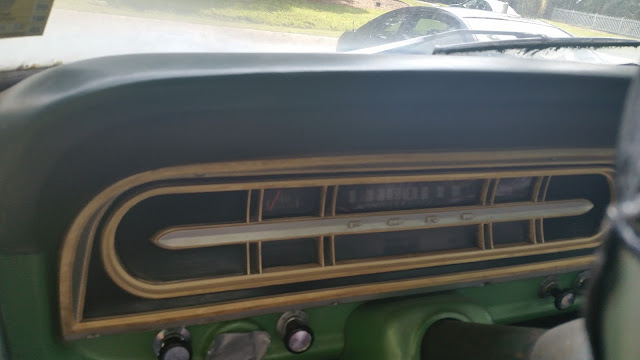 Still reading?  Good for you.  So here is the bonus content.
– The ODO reads 25K so it could be 125 or 225
– The air filter canister is original and it’s Ford blue.
– The VIN can be used to determine the month year and where it was built.  June ’72 Virginia, thanks for asking.
– The grill appears to be original to the truck even though it’s the ’71 design.
– When we look under the hood we play a game ‘what did this wire go to’ mostly the answer is the AC.
– Originally there were two gas tanks to switch between, he is missing the one under the bed so it’s just the 10 gallon behind the seat.
– my favorite thing is the instrument cluster
– The rust holes in the bed keep water from collecting and the bed rusting through, yes that is ironic.
– When you go through a puddle really fast the passenger has to put their foot over the hole in the floor or they get really wet.
– I half jokingly say he would make a great spokes person for a no more body shaming campaign.

I have too many projects and hobbies… say me never!  Well may be I say it once in a… no never mind.

Last August one of my lust affair became a love affair.  I adore old vehicles especially the big gutsy V8s that the 70s were known for.  Old pick up, pile on even more love.

I was looking, almost in a fantasy state, through local adds and decided to change ti to a reality.   We looked at a ’73 F100 three hours away, total bust.  I’m okay with rust, in fact expected it, but I want to see it so I know what I am getting into.  The rust was all poorly painted over, even the loose stuff in the bed, so sad.  It was a V8, but not the original and poorly mounted.

I kept sending my husband pictures of this ratty miss matched pickup.  He said if I called and set it up we would go look at it.  Done.  A quick trip out of town, a crank of the engine later and even he was in love.  A handshake and a tow dolly latter,  he was sleeping in our driveway. 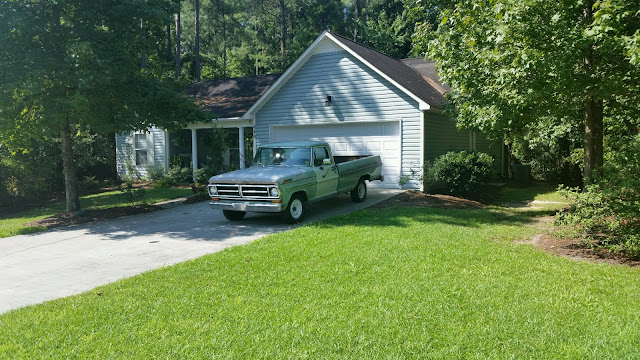 So to get to the boring fine points, the frame is in good shape, the rocker panels aren’t rusted out and it has power steering.  The exciting stuff, oh I could go on forever.  A 1972 F100, V8 360, that I am guessing gets 8 miles to the gallon.  We put in a rebuilt carburetor, and he lives no more sleeping!

His name is Patches, he’s my truck.  Come back I’ll have more stories.